You know those people who seem to leave that spark of inspiration everywhere they go…without even trying? Well, that describes the sassy and fabulous, Suanne Rieker.  She and I connected on Facebook a few years ago and she has been a dear “sista” from the very beginning of SOS. This woman’s light and energy jumps off the computer screen and let me tell you– I had the privilege of meeting her in person and her glow not only sparks you up, but leaves a lasting impression on your heart.  I want to be like Suanne when I grow up!  I’m grateful she is sharing part of her journey of self-love and acceptance with you ladies. Be inspired…

What’s a nice Hungarian girl like me doing with Poland Syndrome?

I have personally traveled a very long journey developing SELF ESTEEM starting as a junior high school girl…better known these days as Middle School.  Yep, I’m that old! As I was going through puberty, only my right breast was growing while the left one didn’t.  I always looked like my chest belonged on two different girls. I was diagnosed as having, “Poland Syndrome”.
Gym class was painful and always a nightmare changing clothes.  And then one day, a girl SAW my little “falsie” sticking out of my bra and told her friends I wore falsies.  Ugh ugh ugh– everyone, boys and girls, were pointing and talking about me wearing falsies.  I couldn’t tell them I only wore one so I kept silent and was hurt and sad.
When I was 16, the doctors told me that maybe when I turned 18 “it” would grow and catch up to the other one.  So on my 18th birthday, I looked under my covers hoping that the boobie fairy came that morning and BAM… nothing!  L
Then I was told when I became pregnant “it” would grow for sure and catch up to the other one.  In 1975, I became pregnant and gave birth to my daughter, and Nooooooooooo, “it” did not grow or catch up to the other one.
In 1976, at 21, I went for “Reconstruction Surgery” of my left breast and had an implant plopped under my skin and there it was…my TORPEDO as I referred to it. I laugh at the reference now, but not at the memory.  OY “it” was ugly! “It” did not look like my natural normal right breast.  I still looked like I had two different breasts that belonged on two different women.
After gaining and losing 60 pounds (once, twice then three times and will be another blog from me) my TORPEDO was still “perky” and sticking straight out.  You see, there was no tissue for shape so the implant was just there under the skin. The right breast had lost so much volume from gaining and losing weight that in 1985 at the age of 30, it looked like a hanging empty sock so I went for plastic surgery and that doc (different from the first doc) put an implant, once again, under the skin so now this one just hung there, but was fuller for sure.  Once again, two different breasts on the same person… me!

I have to tell you though, you would have never known I had implants or that my breasts were two different shapes since I became a master of camouflage. I knew that when I was going out, I needed to budget my time and have many options for tops, since I never knew what I would feel comfortable in. In 2005, at the age of 50, I experienced “burning” as I turned over onto my tummy at a pool on a deck chair on vacation.  UT’ooooh!!!   Long story short, BOTH implants were broken.
This time, I researched doctors and found the perfect Plastic Surgeon for me.  He is the “expert breast guy” and now my doc.  So, I had them both removed and both put back in but this time he put them under the chest muscle.  NO Barbie Boobs I told him, just the same size and he fixed my nipples so at least the were both straight in front of me.
BUT BUT BUT I was still unhappy.  They still looked like they belonged on two different women.  Ugh….. I HATE BOOBS!!!    I still tried on 20 different tops before I went out. I still hated looking at them and I still wouldn’t let my husband look at me or touch the left one.

FAST FORWARD to August 2012 at the age of 57 and 36 years later having Breast Implants.

I went back to my Plastic Surgeon and said I want them OUT!  In tears I said, “ I don’t care if I’m flat as a board– anything is better than feeling like this.”   He said he’ll reconstruct the left one, pull some “tissue” around from my back and make me a “boobie” then do a breast reduction on the right side to make them perfect for me.
OMG omg omg…I’m 58 years old now and finally have two small “Girls” that belong ON THE SAME WOMAN… ME!
I feel wonderful!  I feel beautiful!  I feel desirable!   I told my husband what a lucky guy he is to have experienced four sets of breasts on the same woman….LOL!
(1 implant then 2 implants then 2 new implants NOW 2 new small boobies)
I put on one top when I get dressed now…do you know how much time I’m saving?
Self-esteem is a process for a lot of us women.  Some never achieve it and some it takes longer than others for many reasons.

I am no longer a prisoner … I finally have Self-Esteem.

Suanne Rieker is a certified personal fitness trainer and owner of Riekerfit LLC with a specialty in Female Fitness. 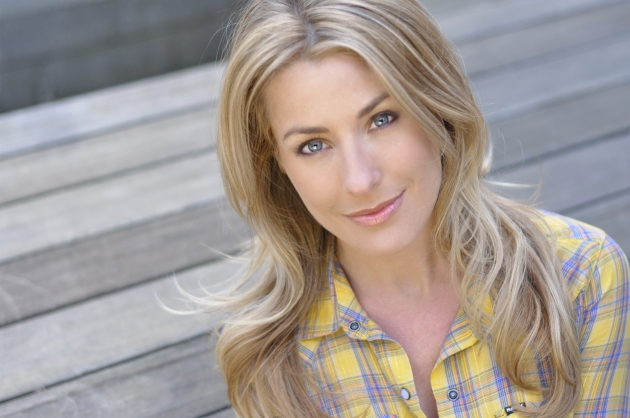 I have only discovered lately this truth about aging gracefully.  It is not about avoiding treatments, injections, or surgery it is about accepting the age you are because you feel that your insides match your out, regardless of how you get there.  So many of our shells age faster than our souls.

I had this giant log in my eye when I would say, I’d never work with “crazy women” who get injections, and I definitely would “never get injections myself”.  I had based my judgment on women whom I had seen on TV that were overly done, had bad plastic surgery, and I considered fake.  Just recently it took letting go of the judgment of people with nice cars, for me to accept buying a luxury vehicle. Once you remove the wood in your own eye, the speck in others seems to just fade away.

We are not defined by our possessions nor do we change when we inject our face or choose to enhance our breast.  I am still the same Brooke, before Botox and fillers, just a little more confidant and a lot more accepting.

It takes a lot of work to let go of past programming.

To start, ask yourself if your old ideals, judgments, and beliefs are serving you or others?

Are these really something you believe or someone else’s beliefs you’ve bought into?

When we allow ourselves permission to feel good and acknowledge that we have to look good to get there, a little modern day medicine seems a bit more practical.  Here is what you look for when attempting to save face.

It starts in most women directly below the mid pupilary area in the mid face.  You will see a drop in the apple of the cheek and sometimes a hollowing in the tear trough.  As we age, we lose collagen and bone density while gravity pulls our faces forward and down, creating shadows in our smile lines and down the corners of our mouths.  It is my job as the practitioner, to take away the shadows and fill in the loss of volume.   I like to say, let’s put back what was there 5 years ago and sometimes we add a little “oomph” because it looks natural and makes us feel good.  Fillers or volumizers can last anywhere from 6 months to 2 years depending on the product and where it is placed.

Neuro-modulators, like Botox, simply relax the muscle that is causing the wrinkles in your forehead, between your brows, and around your eyes.  I’ve always said, “it’s time for Botox when you can see the lines without making the face”.  Relaxing the muscles help to soften and often times erase wrinkles, preventing the lines from becoming permanent.  Treatments often last 3-4 months for most clients.

Most women who you see on TV have been overfilled and your experience does not have to be like that.  Look at before and after pictures that were done by your provider and make a simple decision; is he or she a good fit?  If your gut is telling you no, simply say, “thank you for your time.  I’ll have to think about it” and leave.

You are more than a number and you should feel comfortable and beyond educated before your treatment.  It’s your face, don’t go “groupon” or discount, if you don’t want discounted results.

This client had lost a significant amount of weight and it showed most unflattering, in her face.  We decided to replace the volume, take away the shadows, relax the muscles in her forehead and give her a little “oomph” in her lips.  She is beyond happy with her results and now her outsides line up better with her inner self.  We didn’t change who she is, we changed how she feels.

Next time you think saving tail is better than saving face, think again.

Learn more about Brooke at https://www.facebook.com/BrookeNicholRN/info

You may remember seeing Brooke in action a few summers ago on SOS!  She was the go-to-girl for a large celebrity clientele at Motykie Medspa in Beverly Hills.   Watch this for more of Brooke’s Botox Wisdom:

In Part 3 of my interview with Dr. Motykie, he shares the reason for opening a Med Spa along side his plastic surgery practice.

Ladies, if you are thinking about getting botox, lasers or fillers- please research the location and staff thoroughly first!  Do not get sucked in by the botox “specials” at your regular spa.  Get these non-surgical procedures administered by a registered nurse or physician ONLY! 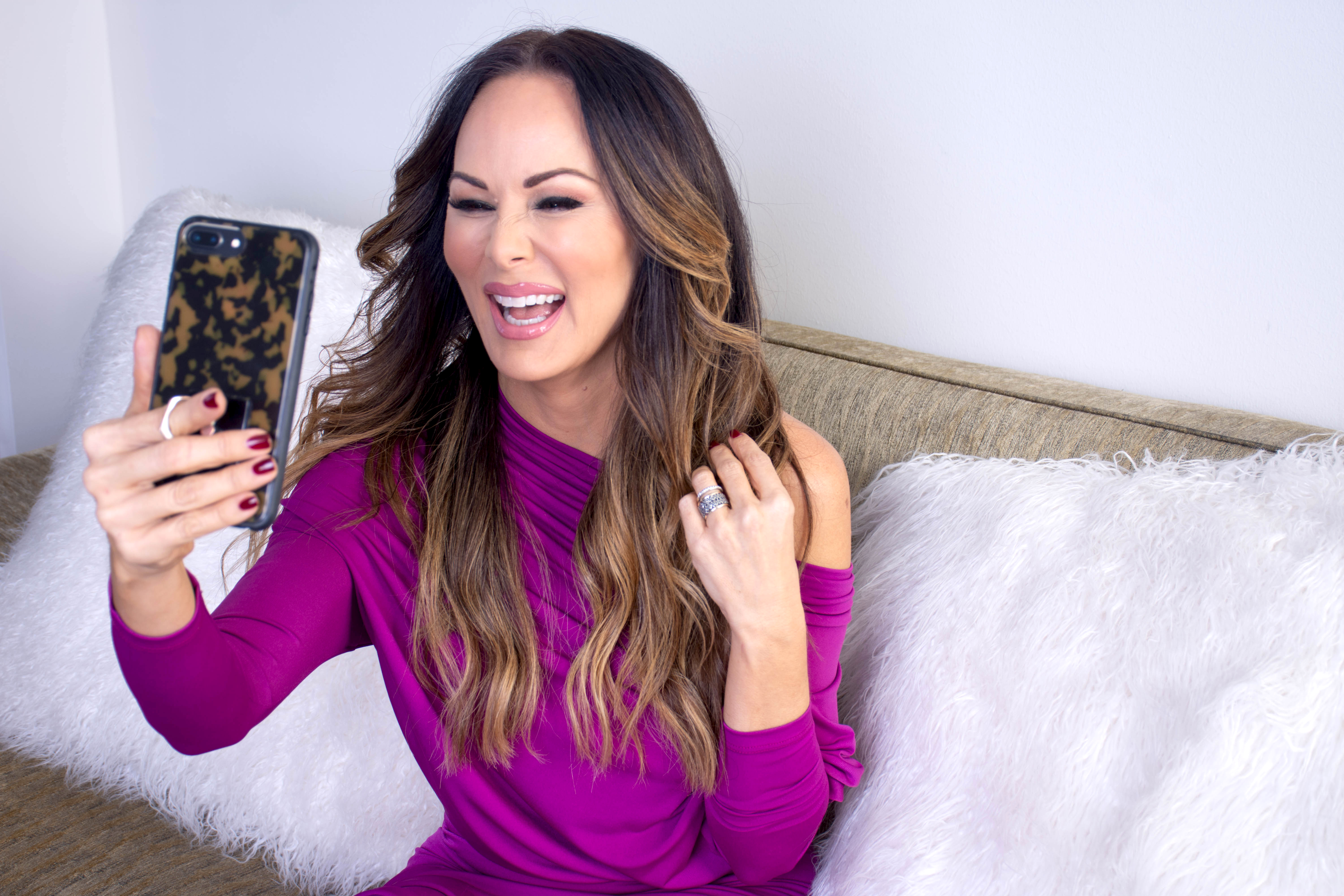